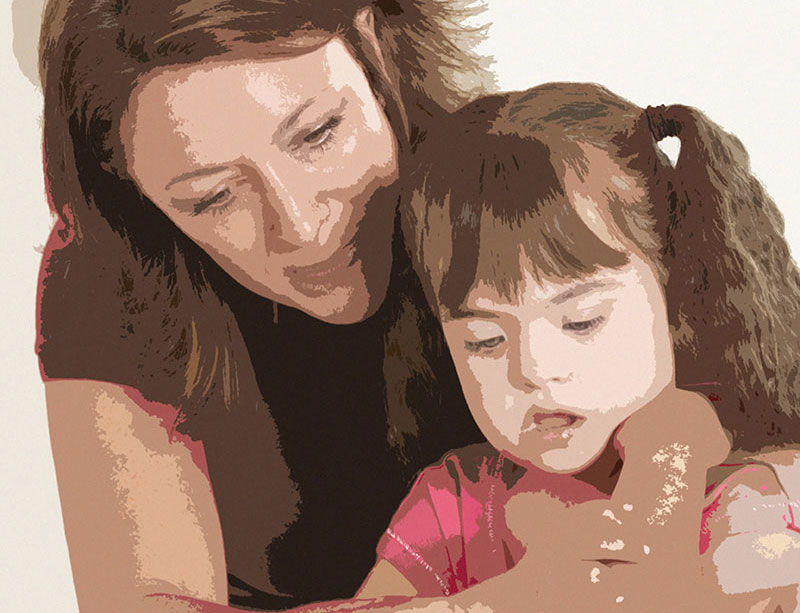 Clara is 8 next month and is in a speech and language base in her local mainstream school. Mum describes her needs as quite severe and Clara has recently had a diagnosis of ADHD. She lives with her mum, dad and grandparents.

“The timeframe has been so quick. Over a year ago we went through the statement process but were rejected. It went on forever. So this was a lot better.

Id found out about EHC plans from a facebook group, Special Needs jungle, it said that the system was changing and when I looked into it more it sounded like they might be good for Clara. I like the fact that it loks at their health and social needs as well and looks at what everyone can do to help. This feels much more comprehensive, rather than just looking at whether she needs someone sitting with her one to one at school.

The school were brilliant to be fair and after I spoke to Clara’s teacher she and the SENCO called me in for a meeting. They told me all about the process and what would happen this time if they decided to assess her. We filled out the form together. It was quite easy but it was good having them do it with me as I wouldn’t have been sure what to put in each section. I think you need quite a bit of detail but also we had to be quite down about Clara. It sounds bad, and it was bad to read but we needed to say just how much she finds stuff hard, in school and that.

I had to write a section about the problems we have at home and that some of that is because she gets so wound up about school and if she’s had a bad day sometimes we can’t get her to sleep or she starts acting up at home.

Straight after that the school made all the appointments for me. We saw so many people; a paediatrician, an occupational therapist, a speech and language therapist, and educational therapist who went to the school and came to see Clara at home too. I don’t think we’d have got all those appointments so quickly if it’d been me trying to sort it all out, they reply quicker when its like a headteacher or something asking for it, don’t they?

Clara’s mum was really pleased with the assessments and the EHC plan that was drawn up. She liked the sections and thought they were clear, she liked the mix of mid and long term outcomes and she felt happy that it would be possible to show improvement based on what was written in the plan. She was surprised that she was sent a draft of the plan and asked if there was anything she wanted changing. There were a couple of bits she added in, about what Clara liked doing and the fact that she was good with computers. Mum feels confident now though that everyone is working towards the same goals and she’s part of the team making that happen.