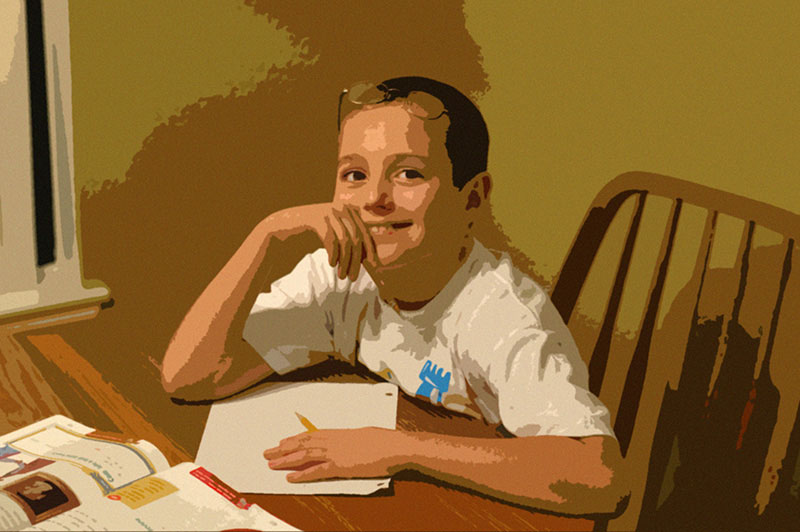 Traci is really disappointed by the EHC process. Her 12 year old son, Josh, is in a mainstream school. She feels really let down by the Local Authority and especially the panels who make decisions on their behalf. Traci had applied herself her an EHC plan because the school said they didn’t have enough funding to give him the support he needed. Josh finds it hard to concentrate in lessons and is often said to be disruptive and plays the fool. He can get frustrated and start fights when the lessons are too hard for him. He has one to one support in small groups for some lessons but often is sent to work on his own.

“We got all the assessments done and it showed exactly what I’d thought. Everyone seemed to think that a big mainstream school wasn’t the right place for him, he was getting nothing out of it. His anxiety was going through the roof, and the CAMHS team had suggested loads of support for him that the school just could not deliver. The ed Psych said he was not coping well at that school and that he was way behind where he should have been. The SENCO wrote about all the things the school had tried and what his form tutor had tried but none of it seemed to work. I wrote what I thought and then josh wrote his All About Me. It took several goes but he finally wrote about why he gets cross and how he feels the other boys pick on him

“The meetings we had were really good. All of us sat together in a room – except for CAMHS, but they sent a full report on his progress and the strategies they suggested trying. We discussed Josh’s needs and how he was going to need a lot of help to get his qualifications and keep his behavior under control. Everyone agreed that the secondary school was too big for him and he would always find it difficult. So I talked to the SEN officer and he suggested some schools that might be better. I got a list of 4 or 5 places and went to see most of them. The special schools didn’t seem right but the PRUs or special provisions, like smaller schools, I could see them working for him.

“Then I was absolutely shocked, then fuming mad when we got the panel decision back. It had taken ages, and I wondered why it had all gone so quiet. All those reports, all those meetings and discussions we’d had just completely ignored. They recommended that he stay in the mainstream school. There was no justification, no reason. This group of people who had never met my son made a decision about his future which just flew in the face of everyone else’s opinions. I couldn’t believe it. I think it’s just for show. They say they want parents opinion and to include everyone but at the end of the day they still make whatever decision they want.

Traci wants to make a complaint but she can’t find any information on the LA website about how to do this or the process to follow. She has been told that she can appeal, but that she’ll have to complete another form and it could take some time. She feels she wants to make an actual complaint about the process as she doesn’t know who made this decision or what it was based on or why they went through all the assessments and meetings for all that advice to apparently be overruled.